Professor Joe De Laura got his black belt in December of 2019 by his professor Augusto Tanquinho. ​ 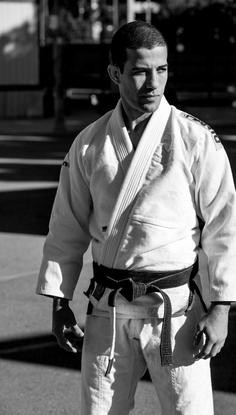 Augusto "Tanquinho" Mendes ​got his black belt in December of 2004 by Grand Master Francisco Mansor, having now the ranking of Black Belt 4th degree. He has been teaching Jiu-Jitsu for 20 years, always being recognized as a great instructor, teaching and helping more than 1.000 students in all those years. Also, he is one of the highest competitive black belts in Jiu-Jitsu, being the only black belt adult world champion in the state of Arizona. He achieved all the major BJJ titles as a black belt rank in the IBJJF (International Brazilian Jiu-Jitsu Federation) and also won the ADCC (Abu Dhabi Combat Club), the ADCC is considerated the Olympics of the grappling and its the highest level of No Gi/grappling tournament.

He graduated College in Brazil and has a degree in Physical Education in 2006.